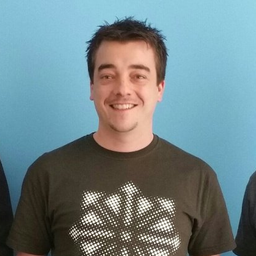 After quite some delay, I have been able to try out a work-in-progress kernel-tree (3.7) from Sascha Hauer for the Genesi EFIKA MX Smartbook. The Fedora Remix image I have created uses the barebox bootloader to load the device-tree and the kernel (a zImage with concatenated initramfs).

The contents of the image is based on the Fedora 18 Generic Root Filesystem armhfp. XFCE and most of the desktop basics are included. Very little changes were needed over all. As the Smartbook has only 512MB of RAM, it is recommended to add some swap space, re-using the swap on the internal HD works for me (you need to update your /etc/fstab).

The current kernel configuration as found in Sascha's tree does not play very nice with the Fedora rootfs. When exercising some load, quite some oopses occur and it often results in a kernel panic (this happens because some 'sh' process reads /proc/meminfo, no idea what process, or why). I have been able to re-configure the kernel to the Fedora specifics, while keeping to the options from Sascha's defconfig. This kernel looks more stable, and a 'yum update' over the integrated Wifi adapter has finished successfully. So, if you have tried an earlier (not publicly announced) image, it would be in your benefit to update to this new release.

A difficulty with using this image, is that you need to configure your Smartbook to boot from SD-card, not the internal SPI-NOR. This change is done by flipping three dip-switches that are located under the keyboard, next to the flat-cable that connects the keyboard. The Genesi site contains a very good explanation on removing the keyboard so that you can access the switches.

For now, I was only successful with booting from the left SD-card slot. barebox should also support booting from the micro-SD-card slot that is accessible by removing the battery. You will need to modify the barebox configuration (adding variables/scripts) for this. A future release of this remix will hopefully come with a modified barebox configuration so that both card slots work (and also separating zImage from the initramdisk).

These instructions and a link for downloading are captured in the Fedora Wiki and anyone is free to improve, correct and amend that page.